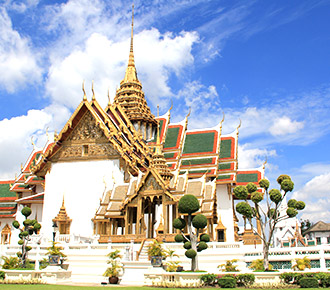 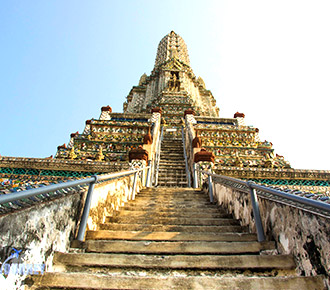 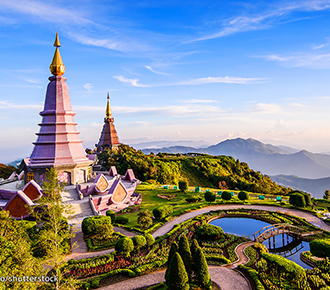 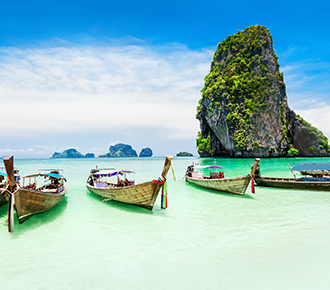 The climate in Thailand is dominated by tropical monsoons and can best described as hot and humid across most of the country during the whole year. if you are planning a Thailand tour, you need to know that the weather in central, northern and northeast Thailand is divided into three seasons while the southern is only two.

In the central Thailand, dry season is from November and May. However, it can be divided into two sub-seasons: cool season and hot season occur from November to February and March to May respectively. While the rainy season occurs from May to November influenced bt the southwest monsoon. During this period, rainfall happens regularly and heavily, but almost are downpours in the afternoon.

The southern Thailand, most along the sea has only two seasons: rainy season and dry season. And it is different on both the east and west side. On the west coast, where Phuket, Krabi, and the Phi Phi Islands lie, rains and heavy storms happen from April to October, while on the east coast, near Gulf of Thailand side rains occur between September and December.

Generally speaking, the best time to visit Thailand is from November to February with cool and dry air to enjoy the sceneries. During this period, the temperature ranges from 18 to 32 degrees Celsius in most of the country and rains the least. And the following peak season is from July and August. If possible, try to avoid April, the hottest month across the country.

If crowds will make your feel uncomfortable and your budget is limited, try to visit Thailand during the rainy season (roughly from July to October). The discounted room rates, the cooler temperature, the fewer tourists will also grant you a wonderful vacation.

Chiang Mai is located far to the north and surrounded by mountains, which means that its climate is away from the influence of the sea. The winter is cooler and the summer is hitter than in the south of Thailand. The cool season is from December to the end of February - the best time to visit Chiang Mai. And the hot season from April to June is very hot. You will likely to avoid this time to here, unless you know how to deal with heat and humidity. The rainy season runs from the end of May to September with heavy and short rains while the sun is there. Despite the rains, it is another best time to Chiang Mai for the green and lush countryside.

Bangkok has a tropical monsoon climate. It is hot and humid year-around. The tropical climate makes Bangkok has three main seasons: hot season, rainy season and cool season. Hot season runs from March to June when temperature will reach 95°F (35°C). Rainy season is from July to October with nearly 14 inches (360mm) of rain. There will be nearly 21 days in September raining. And cool season runs from November to February when the temperature being comfortable and less rain. So, the best to visit Bangkok is during the cool season which is also the peak tourist season in Bangkok.

What draws tourist to come to Phuket are the hot temperature and the amazing beaches. Indeed, Phuket owns one of the most beautiful beaches in the world. If you prefer to have a perfect vacation in Phuket, you should avoid the rainy season from May to November, especially avoid May, September and October. After breakfast at your hotel, you begin your ...

Get back to nature on this 9 day adventure ... 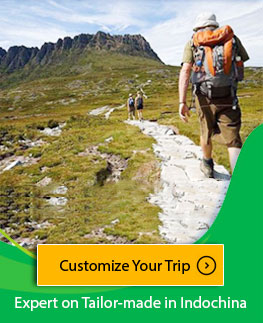