Welcome to Thailand – The Land of Smiles! Upon your arrival in Bangkok, your friendly local tour guide will be waiting to meet you and take you to your hotel to check-in.

1
Arrival In Bangkok
Welcome to Bangkok, Thailand’s throbbing metropolitan capital. Upon your arrival, your friendly local tour guide will be waiting to meet you and take you to your hotel for check-in. Spend the evening indulging in your first REAL taste of vibrant, world-renowned Thai-cuisine, or living the high life at a rooftop bar, marvelling at the pulsating city below.
2
Bangkok Highlights

In the morning you will be driven north to the ruins of Ayutthaya, a designated UNESCO World Heritage and former capital of the Kingdom of Siam. En route you’ll have time to call in at the beautifully eclectic Bang Pa-In, serving as the Summer Palace to the King and Queen, made up of Thai, European and Chinese influenced architecture. Once you arrive in Ayutthaya, you’ll visit the grand Wat Chai Wattanaram, a thirty-five meter-tall, Khmer-style prang that was blanketed in thick jungle only 40 years ago. Now it is one Ayutthaya’s most photographed sites. Next you’ll visit what is perhaps Ayutthaya’s most iconic image, the bell-shaped Wat Phra Si Sanphet, before making a brief stop to see a gold statue of Buddha at Viharn Phra Mongkol Bopit. You’ll round off the day’s tour with visits to Wat Phra Mahathat, home to a mysterious sandstone Buddha head tangled within the roots of a tree, and Wat Ratburana to see the beautiful carbings of lotus and mythical creatures. After being driven back to Bangkok, the evening is yours to relax in the comfort of your hotel, or perhaps to experience some of the local nightlife.

Enjoy a final morning in this bustling metropolis, perhaps grabbing some last minute souvenirs or enrolling in a local cooking course. When it’s time to leave, your guide will take you to the airport for your onward flight, leaving Bangkok with a new-found love for this Emerald City. 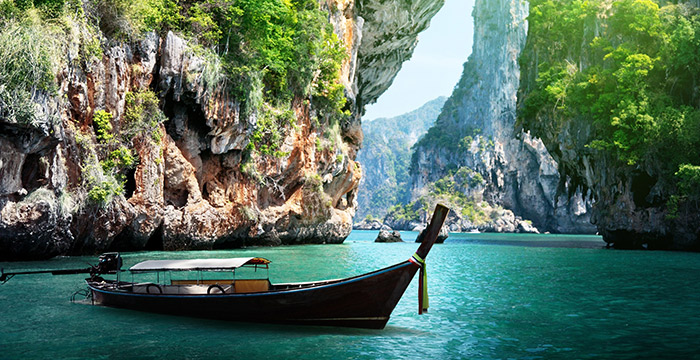 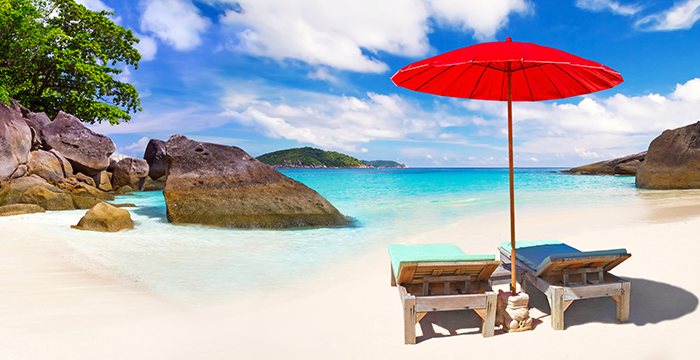