For those who’d like some fine white sand to go with their golden pagodas. See the very best Myanmar has to offer: Yangon’s awe-inspiring Shwedagon Pagoda; the vast plains of ancient stupas in Bagan; the devoted Buddhist monks and grand palaces of Mandalay, and the veritable waterworld at Inle Lake. Cap off the tour with a few days in an untouched slice of paradise at Ngapali Beach.

Welcome to Myanmar, the Land of Golden Pagodas. Upon arrival in Yangon, a friendly local guide will greet you at the airport and take you to your hotel for check-in. The remainder of the day is yours to explore the bustling of Yangon which, while no longer the capital, remains Myanmar’s most vibrant and commercially-important city.

After breakfast at your hotel, your once-in-a-lifetime tour of Myanmar begins with its most important Buddhist temple, the Shwedagon Paya. Myanmar isn’t called the Land of Golden Pagodas without good reason, and Shwedagon is inarguably its most impressive. The 325ft stupa adorned with over 25 metric tonnes of gold leaf dominates Yangon’s skyline and can be seen from almost anywhere in the city. Soak up the contemplative atmosphere on the main terrace as Burmese monks in saffron robes stroll by collecting morning alms. Next, you will move on to the more lively Sule Pagoda, installed as the new centre of town during the period of British occupation. The area around Sule is the city’s most vibrant, a blend of East meets West where you can take in Colonial British architecture, a towering Buddhist stupa, Chinese vendors, and a muslim mosque - all without the turn of a head. Unwind with a pre-lunch stroll through the picturesque Maha Bandoola Park. After lunch, try your hand at bargaining for fine silks at the colourful Bogyoke Market, and navigate through the cracked walls and creeping vines of Yangon’s thriving Chinatown district.

After breakfast you will be taken to the airport for your short flight to the breathtaking plains of Bagan, where thousands of ancient stupas stretch as far as the eye can see. Upon arrival, you’ll take a tour around the giant, gold-plated Shwezigon Paya, the most hallowed of all the temples on the plains, before strolling around the colourful local market of thanaka-painted faces at Nyaung Oo. After a delicious local lunch, you will visit the lacquerware workshops of Myinkaba before delving into Gubyaukgyi, or “Great Painted Cave Temple,” a UNESCO-protected site famed for its richly preserved ancient mural paintings. You’ll round off the day with a private cruise on the Ayeyarwady as the sun sets over distant Mount Popa.

Start the morning with a champagne breakfast at the Oriental Ballooning launch pad before taking to the skies in a hot air balloon for an unforgettable experience as the sun rises above the misty temple-studded plains.After your awe-inspiring flight, retreat briefly to your hotel for breakfast and a rest before re-commencing your tour in the afternoon. Your private guide will show you Ananda Pahto, famed for its outstanding architecture and decorative detail, before moving on to Dhammayangyi Pahto, Bagan’s largest temple. Next up is the gorgeous Sulamani Temple, after which you’ll enjoy a pleasant horse-ride into the countryside to the grand Shwesandaw Pagoda. Climb to the top to watch the sun set behind a myriad of silhouetted ancient stupas, some of which you will have visited earlier.

After a busy last few days, today is one for putting up your feet and relaxing aboard the fast boat to Mandalay. Spend your time on deck with a good book, or watching village life on the banks of the Ayeyarwady River. Before arriving in Mandalay in early evening, you will sail by the temple-topped hills of Sagaing. Upon arrival in Mandalay, a friendly local guide will greet you at the jetty and take you to your hotel for check-in. The remainder of the day is yours to explore this dynamic cultural capital.

After breakfast at your hotel, your tour of Mandalay begins with an insight into the lives of the saffron-robed Buddhist monks that call this nation home. A private car will drive you the short distance to the tree-shaded Maha Ganayon Kyaung Monastery at Amarapura, the ‘City of Immortality.’ Amarapura was Myanmar’s penultimate capital, entirely separate from Mandalay, but is now a leafy suburb connected to the city. Take a meditative stroll around the expansive monastery grounds and chat with local monks before heading for the gilded pagodas that top the hills of Sagaing, stopping at a silk-weaving workshop En Route. Explore the crescent-shaped collonade of 45 Buddha images at Umin Thounzeh, before ascending to Pon Nya Shin Temple to take in breathtaking views over the Ayeyarwady River and innumerable white and gold stupas that cap the highest peaks. Next you’ll head for Inwa (The Kingdom of Ava), another historic royal capital, where after a spot of lunch you’ll explore the remarkably backwater ruins by horse-drawn cart. Round off the day at the iconic U Bein Bridge, the world’s longest teak-wood bridge, where private boat will take you to the perfect spot on the lake from which to appreciate the sun setting behind the stilted bridge of silhouetted monks. The evening is yours to relax in Mandalay.

After breakfast at your hotel, you will board a private river boat to Mingun, a small riverside village home to a giant earthquake-cracked stupa which would have been the world’s biggest if it were ever finished, having been abandoned after the king’s death in 1819. You’ll also see the 13ft tall Mingun bell, which you can duck beneath and stand within while someone thumps it from the outside. After lunch, you will return to Mandalay to discover sheets of gold leaf being created by muscle-bound workers in specialist workshops of the Gold Pounders’ District. Worshippers piously transfer the gold leaf made here to the many sacred statues of Buddha nationwide. Be sure to stock up on some gold leaf of your own before you visit Mahamuni Paya, the country’s most famous Buddhist statue, where the transfer of gold to the image is said to bestow good fortune upon the devotee. So many devotees have in fact venerated this 13ft-tall seated Buddha that it has been left knobbly with a six inch outer layer of pure gold. You’ll round off your day atop Mandalay Hill, with its sprawling views of the city below. Walk barefoot up the stairways on the hill’s southern slope, passing a succession of prayer halls and Buddhist sculptures before taking in the sunset with the young monks at the top. Cap off the day with a traditional puppet show at the Mandalay Marionettes before retiring to your hotel.

After breakfast at your hotel, enjoy a morning tour of the glittering Royal Palace before your guide takes you to the airport for your short flight to Heho. Upon arrival, you’ll be met by a private driver to complete the journey to Inle Lake, stopping at the charming Yan Pyay monastery en route. After check-in at your hotel on the lake, the evening is yours to relax in the unique tranquility of this veritable waterworld.

After breakfast at your lake hotel, you’ll board a traditional motorised longboat for a glimpse of one of the most extraordinary places on Earth. The calm waters of Inle are the life-blood for the many ethnic minority communities you can see still living in the stilt-houses in the lake’s shallow waters. Peacefully observe the the distinctive leg-rowing of the graceful Intha fishermen; marvel at a labyrinth of vegetable plantations floating on the lake’s surface; see long-necked Palaung women, paper mills and silver smiths. Relax as the layered Shan Hills are reflected in the glassy waters as the sun sets, before returning to your resort for a glass or two of wine by the lake.

After a serene morning by the lake, your guide will ferry you back to dry land and drive you to the airport in Heho to catch your flight to Thande. A private car awaits to drive you to one of the world’s most unspoilt stretches of coastline at Ngapali. Take a sunset beach stroll to round off the day before relaxing in your peaceful resort.

After a busy last few days, today is yours for relaxing at Ngapali’s charming palm-lined beach. Wiggle your toes in the pristine white sand, swim in the clear, year-round warm waters of the Bay of Bengal, and sample the fresh seafood caught by the fisherman you see heading out into the Bay at day and night. Spend the evening relaxing in your beach resort.

After a relaxing morning at the beach, you’ll be driven to Thande for your flight back to Yangon in time for dinner. The evening is your own to explore this dynamic city of new sights and sounds at every turn, or to simply relax in your hotel.

After breakfast at your hotel, you’ve time for one last wander to pick out those last-minute souvenirs for friends and family. When its time to leave, your guide will take you to the airport for your return flight home, or on to your next destination, having seen the very best of the Land of Golden Pagodas. 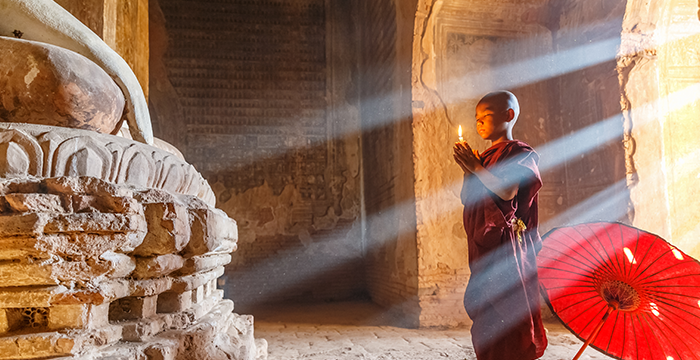 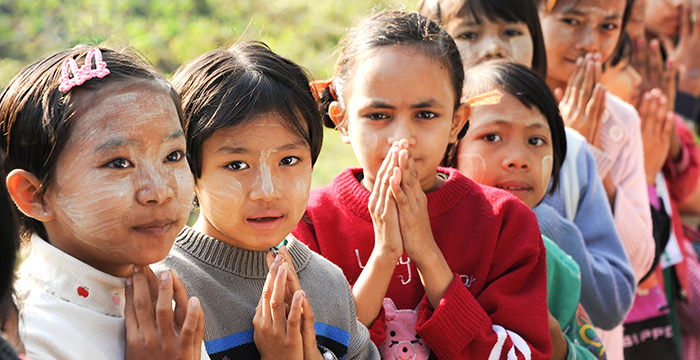